A few months ago Rob at the TESOL blog posted a nice article against music in the classroom.

One problem I have with blogging is commenting: I either have nothing to say or enough to say that it’s basically another post. I picked one thought and left it as a comment on the original post. Below I’ve turned my other thoughts into their own post. 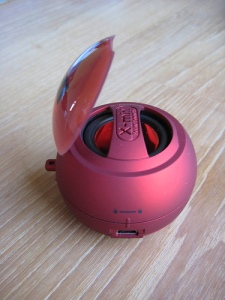 I have sparingly used music in the classroom to highlight some of the very features Rob says it distorts, especially stress (word- and sentence- level) and connected speech.

One lesson I remember fairly well was using “Going to California” by Led Zeppelin in an academic listening and speaking class, so I just listened to it again with those elements of spoken English in mind.

Now I’m of two minds. On one hand, in this song many function words are mumbled and many content words are given at least a beat if not more; it’s nice and high-contrast that way. The stressed syllables of the stressed words also tended to be on the stressed beats (or syncopated nearby). Yes it’s distorted, but it by and large emphasizes normal English prosody, and that can be very valuable to help students hear the music of spoken English.

On the other hand, for all the “natural” prosody in the song, there is some “unnatural” pronunciation and prosody as well. I think I glossed over it in picking the song. What I gloss over, the students might pick up on (and vice versa).

Also, even with the emphasized “natural” prosody, emphasis is still distortion. For example, my colleague Jody’s former students all called her Judy. She told us that when she changed jobs, she introduced herself very slowly and clearly so her new students would hear the “o” properly. “And that’s what they all call me here: Joooooohdy.”

I don’t think listening to this song every day for a year would cause my students to start talking the way Robert Plant sings. However, I think I didn’t have enough respect for the various points of confusion mentioned in the against article.

In the future I need to specify exactly what the students should be listening for, highlight examples from the song, and relate them immediately to spoken English.

You’re reading Reflecting on Music in the Classroom, originally posted at LearningToTeachEnglish.com.